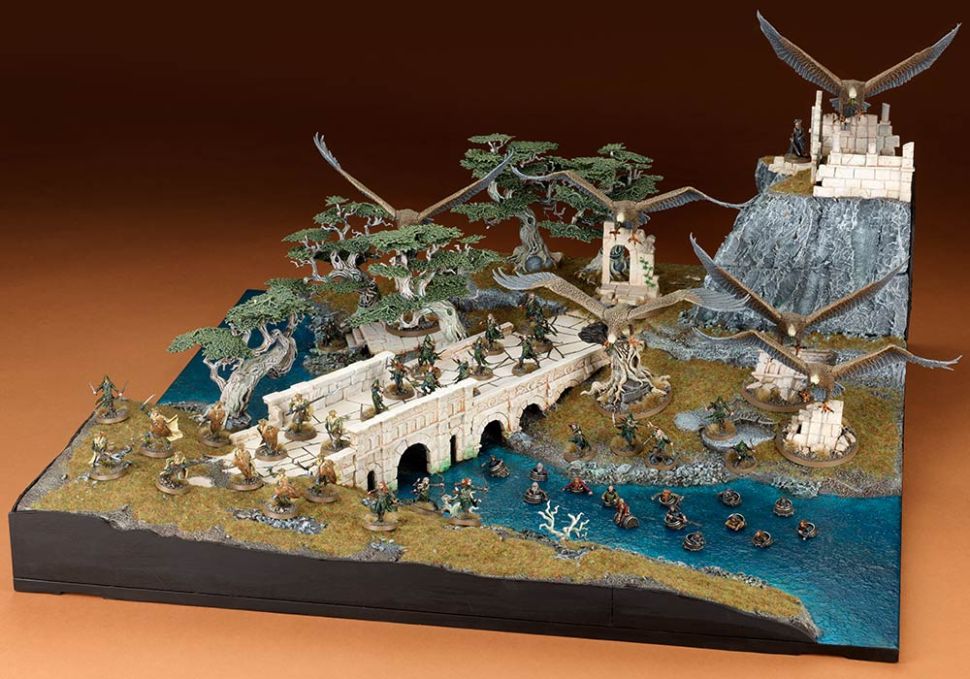 This Armies on Parade entry from yesteryear by Dan Harden featured Mirkwood rangers. Dan was so inspired by The Hobbit: The Desolation of Smaug movie that he based his entry on the iconic scene from the film in which Thorin’s Company escape Mirkwood down the Forest River. Dan used Ruins of Osgiliath to build the bridge over the river. The walkway across the bridge was made using a Modular Movement Tray covered in paving slabs made from pieces of card. There are three characters on Dan’s board: Legolas Greenleaf™, Tauriel™ and Thranduil, King of Mirkwood. While the Mirkwood Rangers track the Dwarves, Thranduil stands alone on the cliff-top ruins. Dan watched both movies several times while painting his army, pausing the DVD every few minutes to make sure he was getting the colours right for each of his characters and warbands. 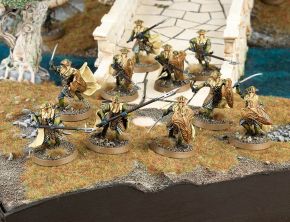 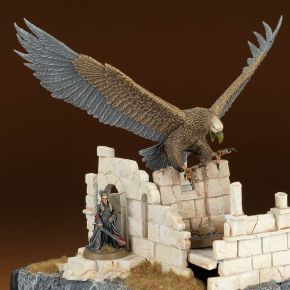 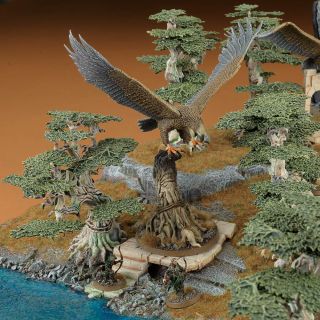 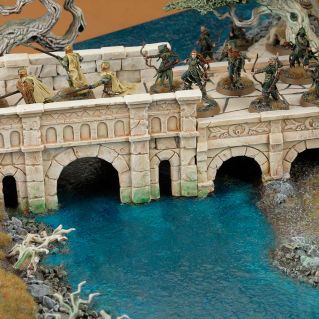 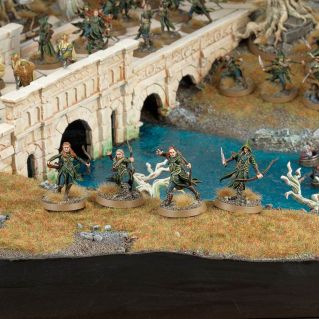