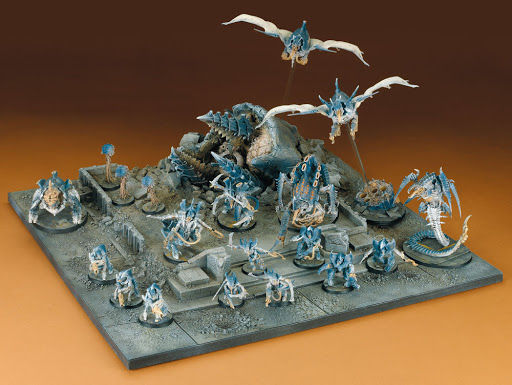 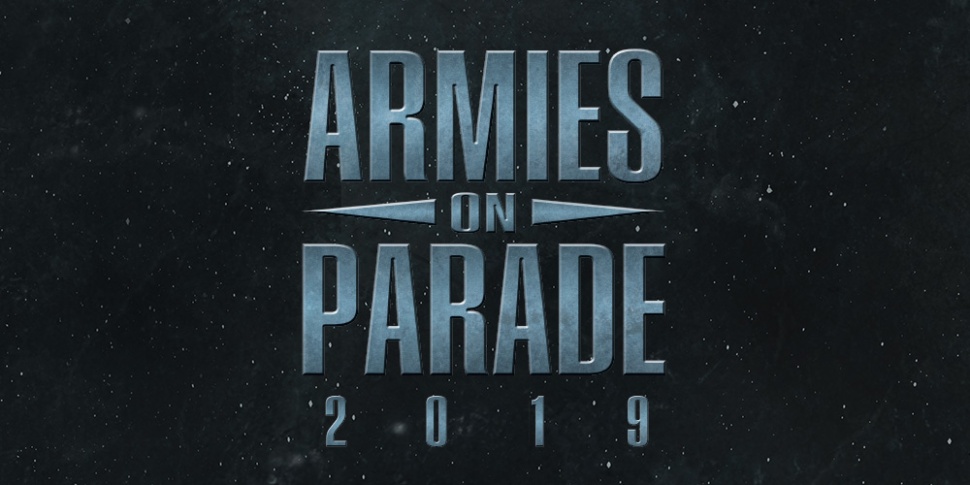 Armies on Parade is nearly here! It’s not too late to start an entry, but it’s definitely getting down to the wire now.

For his Tyranid army, Forge World sculptor Mark Bedford opted for a natural blue-grey and white colour scheme, which ties these creatures to the board wonderfully. While painting to a very high standard, this army’s basecoats were applied with an airbrush, speeding up the process tremendously. The blending and gradation you see give them a very alien, otherworldly appearance – perfect for an extragalactic race such as the Tyranids. 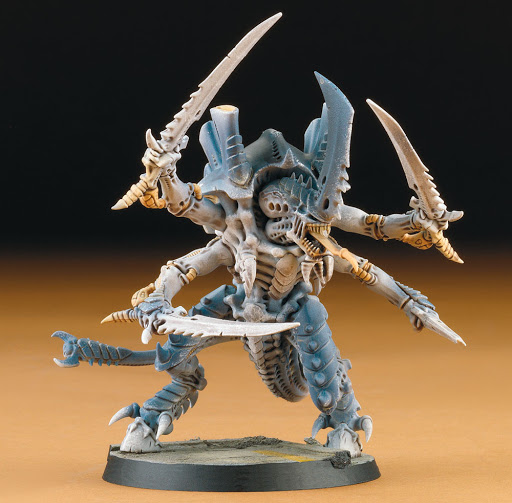 Mark had his heart set on a Tyranid invasion force early on in the project, with big monsters smashing their way through a ruined Imperial city.

His army is led by a fearsome Swarmlord, showcasing the almost pastel colour scheme. You can see how these colours work differently on the various models, such as these Mieotic Spore Sacks, while using the same palette to tie them all together. 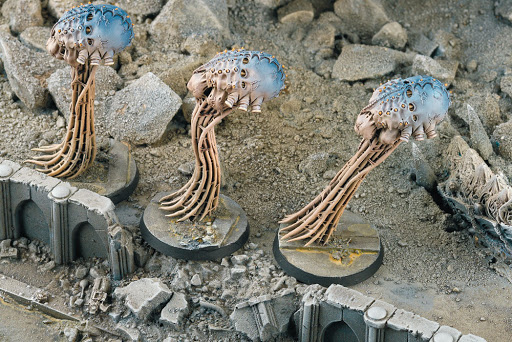 The colour scheme was inspired by sharks – blue-grey on top, warm white underneath. The way the blue has been sprayed on at an angle makes for some very interesting gradients that call aquatic creatures to mind, and the stippled white dots only enhance the effect further.

Orange has been used as a spot colour, which is the natural choice for blue as it’s on the opposite end of the colour wheel. You’ll see Mark used it sparingly, in a toned-down shade. You can see it most strongly in the spikes on this Tyrannofex, but across the whole army the weapons and bio-morphs have been shaded and glazed with orange tones. 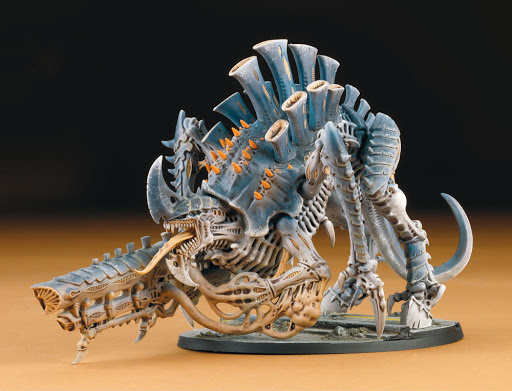 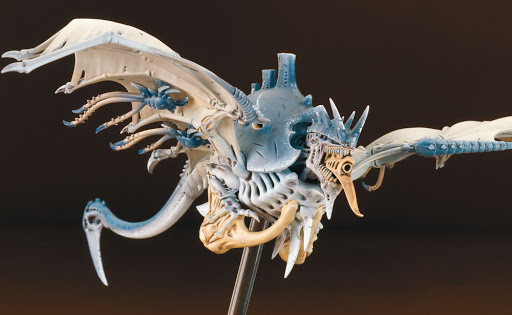 Mark included lots of the larger Tyranids on his board, including Tyrant Guard, Hive Guard and Tyranid Warriors, showing them as an ominous force. 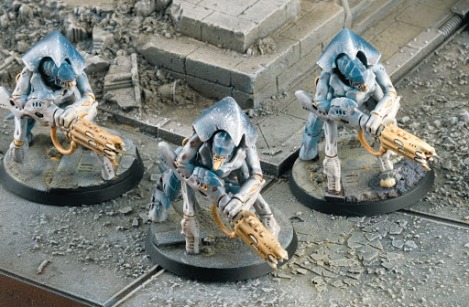 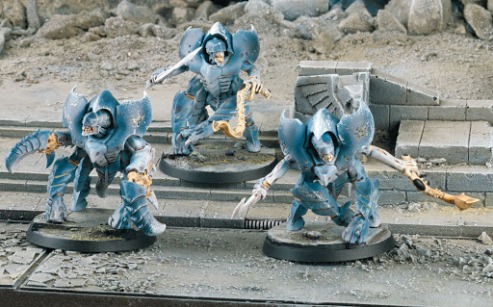 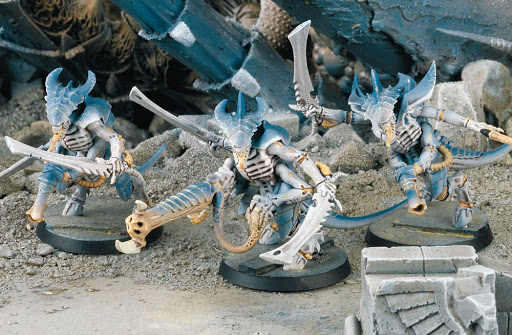 A vast bio-monstrosity has erupted from the ground nearby, created using an old Forge World terrain piece and spare Tyrannofex bits. Notice that it’s placed towards the back of the scene, to not take too much attention away from the army itself. While not light on detail, the whole board is simple but has a clear theme that takes a backseat to his models. 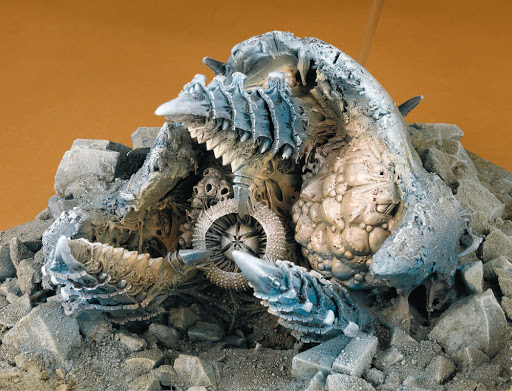 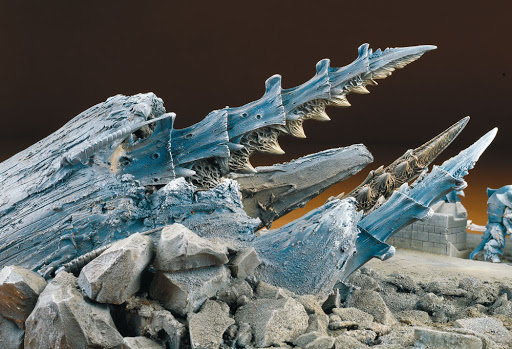 Mark’s project goes to show how a clear and well-planned colour scheme can make all the for a stunning diorama. Every element has been thought through, and it works just as well across the entire army as it does on each individual model. This Trygon is a great example of all those elements coming together perfectly. It looks menacing, unsettling and strange, just as Mark intended it. 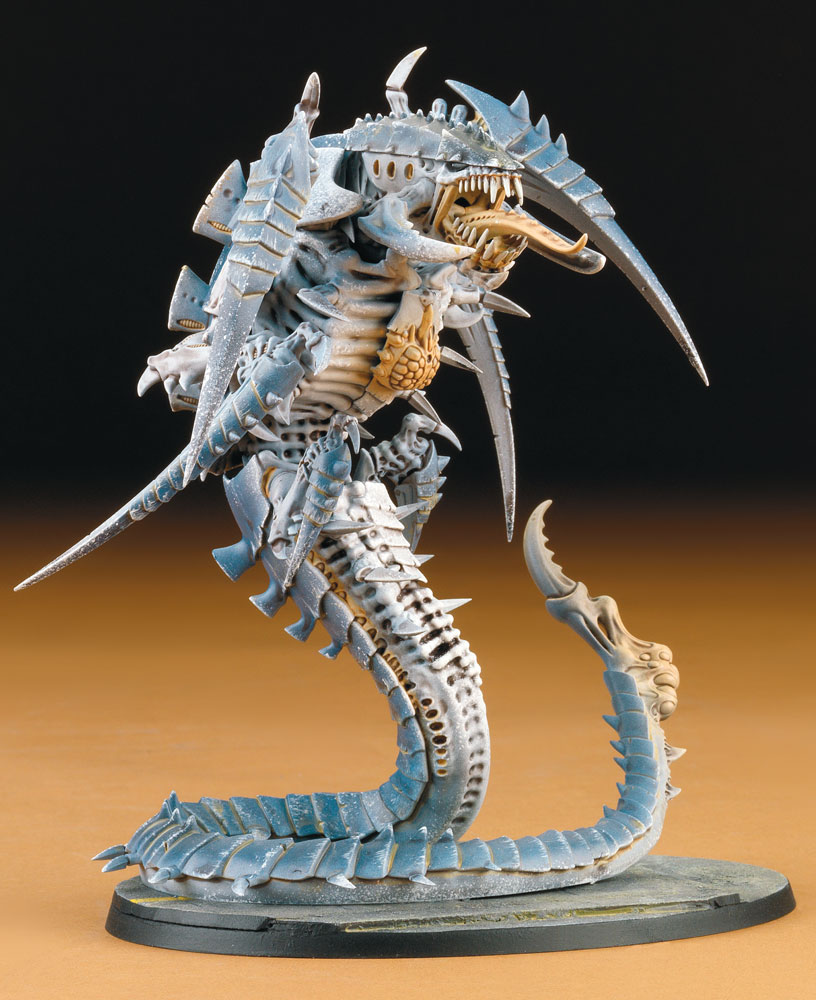 Have a great idea for a novel hive fleet colour scheme, inspired by nature? Grab a Start Collecting! Tyranids box and try it out. If you hurry, you can still get it finished before Armies on Parade Day!