“I’ve collected Slaves to Darkness for years, yet it was only recently that I finally got around to painting Archaon to lead them,” says Rik. “But this Armies on Parade project didn’t start with Archaon – it actually began with the Chaos scenery. I’d wanted to paint the Dreadhold for a while and that gave me the idea to create a fortress gate with Archaon and his Varanguard charging out of it, just like the artwork in the battletomes but on a slightly smaller scale!”

“With the Dreadhold, I wanted to see how far I could push the design of the scenery kits, both in terms of how I could combine them and how big I could make a structure. In the end, I couldn’t fit everything I’d created on the board and I had to scale it back a bit, but I was pleased with how it looked as it ended up framing the sides of the display with Archaon flying in the middle between the two towers.”

“For the models, I followed Duncan’s Warhammer TV video for Archaon. It meant I didn’t have to think too much about the colour scheme, just actually get on with doing it. It was handy having Duncan there (well, on screen) to guide me along.”

“The Varanguard are a really aggressive unit with a lot of forward movement, so having them charging out of the fortress gate provided a great narrative to the whole piece. I’m not sure that 12 of them is enough, though…” 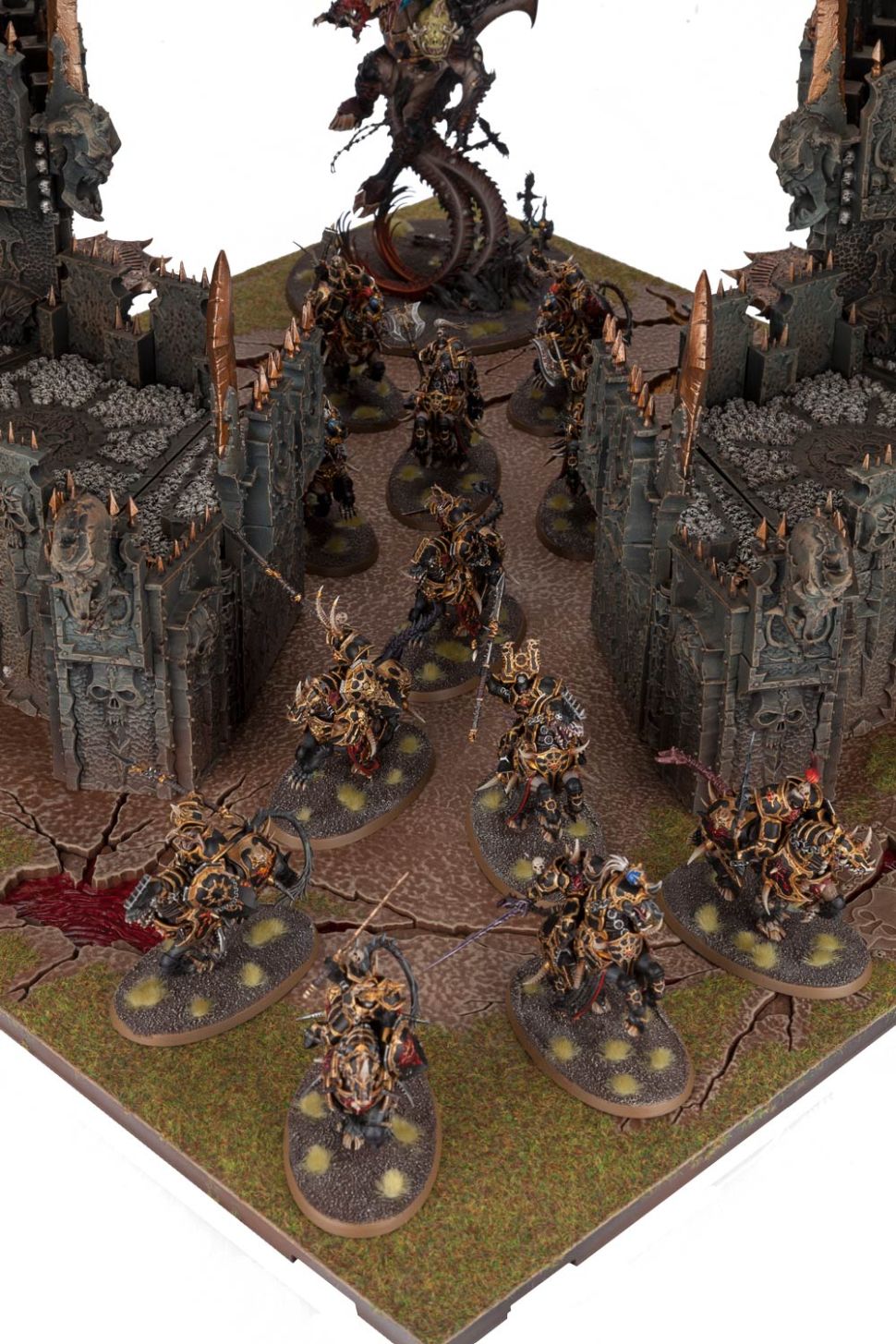 “I painted 12 Varanguard in total – a suitable bodyguard for the Everchosen, I reckon. There are parts in the kit for Varanguard dedicated to Khorne, Nurgle and Tzeentch, but none for poor, lost Slaanesh, so I converted three of the models with spare parts from my bits box to make them more Slaaneshi.”

“Archaon was easily the toughest part of the project,” says Rik. “In the end he took me almost two months to complete. I’ve been painting for years, but it was really useful watching Duncan’s painting videos for this model as he shows you not only what colours to use but how to apply them for clean colour transitions.” 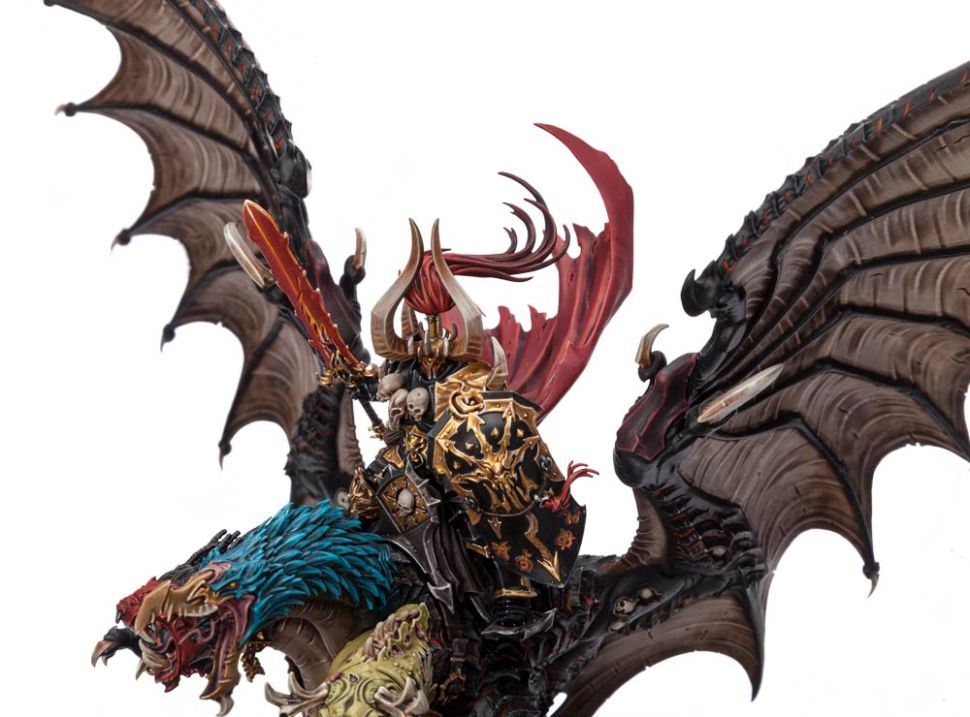 “The mega-displays in Warhammer World were hugely inspirational when it came to building my scenery. They gave me loads of ideas on how to combine parts, what bits would sit well where and where I would need to convert them.”

“I painted the whole fortress in a weekend,” says Rik. “I undercoated each fortress piece Chaos Black before lightly applying Mournfang Brown around the bottom two inches to make it look muddy and well-grounded. I then lightly sprayed the sections from above with Mechanicus Standard Grey, creating highlights on the raised areas. To finish off the stonework I drybrushed it with Karak Stone. Lastly, I picked out the skulls with Zandri Dust and Pallid Wych Flesh and the metalwork with Warplock Bronze and Brass Scorpion.”