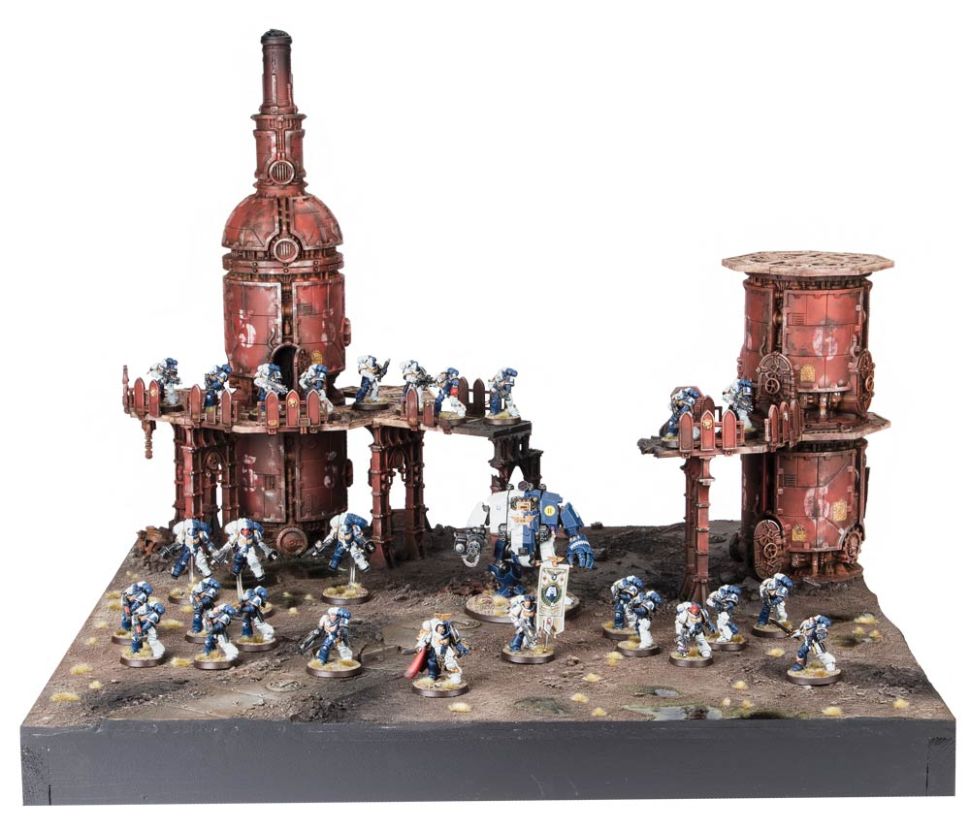 James Karch is no stranger to painting armies well and quickly, and readers with very long memories may recall his original Sons of Guilliman army from years ago, so we started with the obvious question – why Primaris Space Marines?

“They’re Space Marines,” says James, laconic as ever. “I’d toyed with the idea since I first saw the Primaris Space Marines of painting up some as Sons of Guilliman to reinforce my existing army. I really like the models – they’ve got a clear aesthetic and a real sense of dynamism which makes them an absolute joy to paint.

“Truth be told, if I’d thought about it, I’d have done them as a different Chapter – a new edition, a new army – but at this point, I’m in too deep to stop. They really take to the quartered scheme as well, which helped a lot.”

“My favourite unit has to be the Inceptors,” says James. “I found them a bit strange to start with, but once I started painting them, I quickly warmed to them to the point I like them more than everything else in the army. They were so much fun to paint – there are lots of large panels on them, but they only have the same number of edges as an Intercessor, so they’re quick to do.”

James converted his Primaris Captain in Gravis Armour slightly, lowering the arm with the power sword to make it appear as if he’s pointing, and swapped the power-armoured helm for a bare head, adding a sense of humanity to the Character.

“The Redemptor Dreadnought is probably one of my favourite models in the whole Primaris range,” says James. “I had a lot of fun posing it when I built it. There’s just so much you can do with it.”

“As you can see on the Hellblasters, the Chapter symbol has been done freehand,” says James. “I based it around the Ultima transfer you get in the boxed set, but then worked out from that. The designs are quite easy to do – they’re just geometric shapes – but do require patience and a steady hand.” 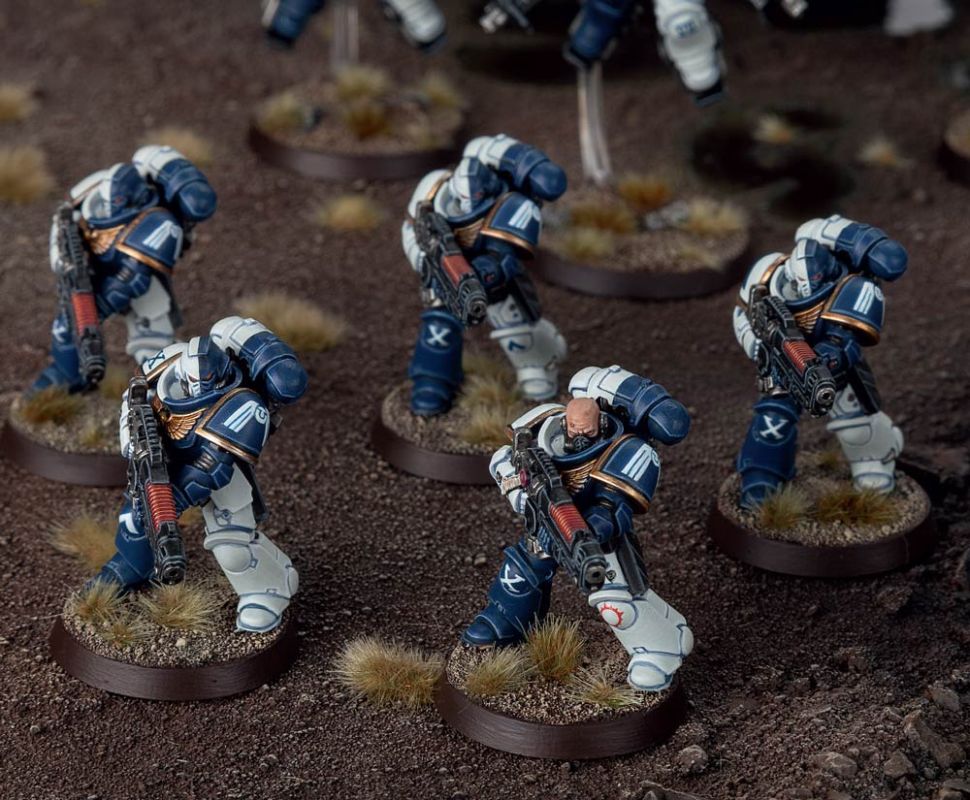 James used a variety of different honour markings and tiny conversions to make sure every single Primaris Marine in the army looks like an individual – sometimes, all it took was the tilt of the head.

“For me, the most important thing about Armies on Parade is the army,” says James. “The board is more like the backdrop or the set than the focus. That’s not to say I didn’t spend time on it, but when choosing the colours, I wanted more neutral, faded tones that the Sons of Guilliman would stand out against.

“The board itself is a custom job, built out of some Sector Imperialis tiles over some off-cuts of a Realm of Battle board I had from an older project. I then mounted them on a wooden frame for extra stability.”

“People always ask me how I do the quartered colour scheme,” says James. “It’s really easy, as a matter of fact, especially on the Primaris Marines. I follow natural splits as a guide to paint the lines, like the line on their belt buckles. The sense of motion the models have, where the armour plates shift, also gives you a little leeway for not having everything line up exactly – it’d look weird if it did.

“It also has the added advantage of only feeling like you’re painting half a model at a time, so painting them feels quicker.”