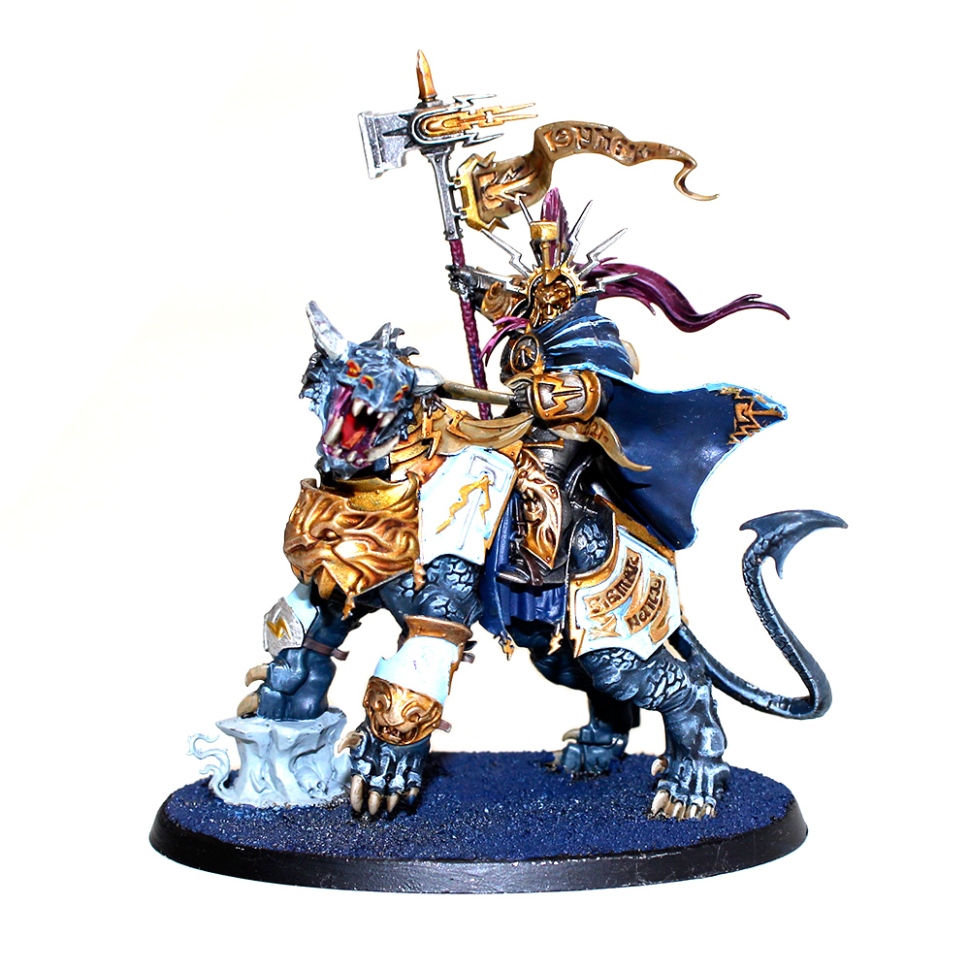 Today we are looking at another Armies on Parade in progress from around the office. This Stormcast Eternals army lives on Sophie Wilkinson’s desk, and here is what she has to say about her hobby journey so far:

“I’d been working at Games Workshop for ten months when I finally decided to bite the bullet and actually learn to paint. I’d already spent many a Friday lunchtime wandering through the exhibition hall with one of my friends, and it deeply bothered me that I was surrounded by what was – in my eyes – art and inspiration, yet I was incapable of really producing anything myself. Before this point, I’d made a few half hearted attempts at some wood elves, but what I found so demoralising was that I’d look at my work and the effort I’d put in and not really see anything from it. My painting was rubbish because I was “making it up” as I went along. This created a bit of a cycle of not really being happy with anything until I just didn’t want to bother.

However over Christmas 2015 I picked up a Celestial Hurricanum – not because I was a fan of that army (I’m not), but because as a model on its own, I thought it was utterly beautiful. A friend helped teach me the basics, going from brush structure all the way to edge highlighting, and I felt like it was time to give a project a proper go. I wanted to do it justice, so I decided I was going to be as methodical as possible. I only glued parts together if I knew I could paint them glued together, and it took me hours and hours to paint each individual bit. I was excited about what I was painting, so I wanted to show friends and share it. And I felt proud of what I’d done and what I’d learnt and also of the improvement I could see in my work.

When I finally finished it, I was actually happy enough to stick it on Facebook for the masses and it felt awesome knowing I felt confident enough to do that. So where next? Well I’d bought the Age of Sigmar starter box, and I was drawn to the Stormcast Eternals – I tend to prefer “good” over “evil” when it comes to these sorts of things, be it computer games or hobby – and there were some stunning examples of colour schemes in the exhibition. I went for another wander around but wasn’t really sold on any existing scheme. So I decided to try to be a bit different – my Stormcasts were going to be baby blue with silver armour. So I mixed my own blue (this was a very bad idea) and went at it.

A base coat of Chaos Black, followed by our Leadbelcher spray. A nuln oil wash and then I slowly started building up the layers. As I went on, I realised that Armies on Parade was the perfect thing to aim for – it gave my project an end date and gave me the chance to use my imagination a bit to develop a scene for my army. I was hoping eventually to learn to play the game using my army, to see them not only on a nice board but in action too – I haven’t done this yet, but it’s on the cards.

My aim is to display my army streaming out of the Gates of Azyr. I’ve bought some blue mosaic tiles – time to learn to grout – and plan on laser cutting some gates for the display. Some may say I’m trying to make the board exciting to detract from the mediocre painting. They would be correct.

So far I’d say none of my army is 100% finished. Every time I look at a model I see another area I want to touch up or improve – but I’ve got 18 models to that point now. Another 10 have their base coat/first layers done, with 9 more primed. The only “unbuilt” model is my Celestant Prime, who I’ve part assembled before spraying. I’ve already learnt a lot – I regret not leaving all of my infantry unassembled and completing them bit by bit like my Hurricanum – but I can feel myself improving and what I’m aiming for is that participation badge. I want to complete my army and get my board finished – I’ve already got ideas for Armies on Parade 2017 where I want to do even more.” – Sophie 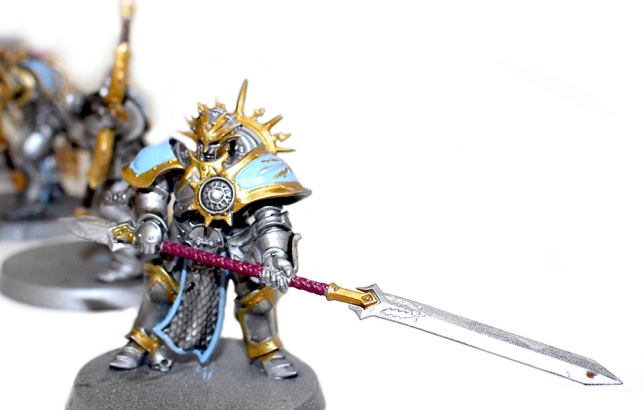 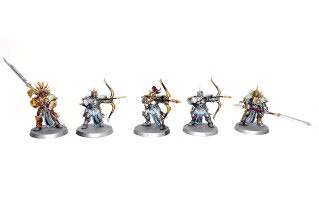 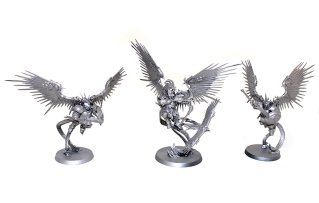 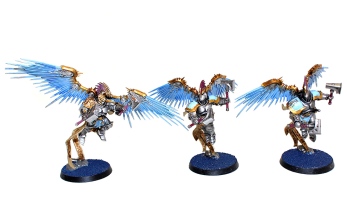 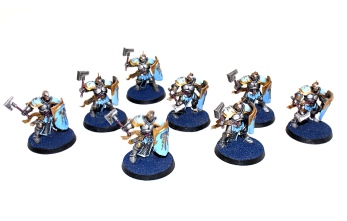 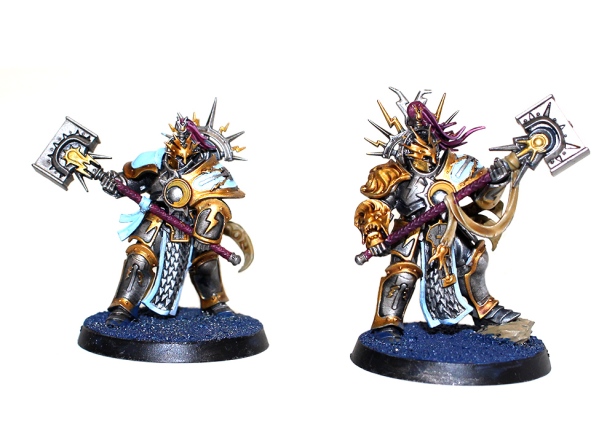 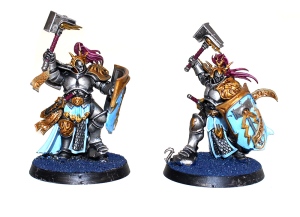 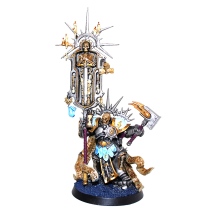 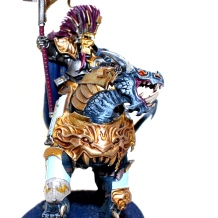 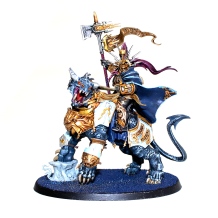